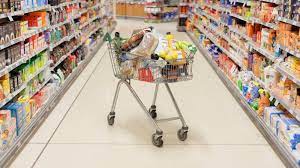 UNDATED – We have too much milk, may not have enough meat and could eventually run short on soup.

With the closure of several meat processing plants in Indiana due to COVID-19, chicken, pig, and beef farmers, as well as butcher and meat shops, are having to make tough decisions about the products they have. The ripple effect is leading to a shortage of meat and poultry that could last for weeks and months to come.

Indiana is the eighth largest agricultural exporter in the nation, exporting just over $4.6 billion in 2017, according to the Indiana Department of Agriculture. However, with the spread of the coronavirus, several aspects of the agriculture industry are being affected.

Though experts say the food supply chain has performed admirably so far – most factories are still operating and many are doing so at full blast – industry watchers are getting concerned about supplies of beef, poultry, and pork as the COVID-19 crisis continues.

The sudden shift from restaurant dining to at-home eating, coupled with panic buying at grocery stores, is causing major disruption in the manufacturing, distribution, and sales of food products. Dairy farmers were dumping excess raw milk, while meat companies are scrambling to meet demand.

According to data from the US Department of Agriculture, chicken production lagged at the start of 2021, but a rebound appears to be on the horizon.

A spokesman from the National Chicken Council (NCC), confirmed a 4 percent drop in broiler production in the first quarter of 2021 compared to last year and a 3 percent decrease in pounds of chicken produced during the quarter. But the pendulum has begun swinging the other way more recently.

Spokesperson Tom Super said the supply is currently tight but stopped short of saying there is a chicken shortage. He said the cause for the limited supply of late is linked in large part to weather extremes that impacted a wide swath of the poultry-producing states in the United States.

In the wake of all this, store owners are starting to see some shortages. 2021 may not be the year of empty shelves, but it’ll be a year of less variety. Experts agree food and beverage companies will keep pruning their portfolios this year, which means that your favorite cookie, soup, or soda flavor may end up being cut from production.

The trend of simplification seems to be echoed by retailers as well, “I’m hearing from my customers that retailers are telling them they don’t want 12 varieties of toilet paper.

Some food companies – such as Conagra Brands, which makes Duncan Hines desserts, Slim Jim jerky and Hunt’s ketchup – are temporarily reducing varieties to focus on items that are in high demand.

Discounts are also disappearing as retailers and manufacturers try to shore up supplies.

“Typically, you run promotions or discounts if you want to see heightened demand on your products or get heightened awareness out, but (not) right now,” said Arun Sundaram, a stock analyst for CFRA Research who tracks food companies.

In the wake of panic buying supplies of products like soup and pasta are still catching up. Officials estimated that retailers have only about half of the pasta and soups they would typically carry. And the demand for soup in the spring could have a ripple effect later this year.

Normally at this time of year soup manufacturers will build inventories for the fall and winter season, but now they are using that inventory to keep shelves stocked in grocery stores.

In a twist, though, some other types of products are readily available like milk products.

The food supply chain is “responding, but it’s stressed” – as some plants are still shutting down to COVID-19 outbreaks.