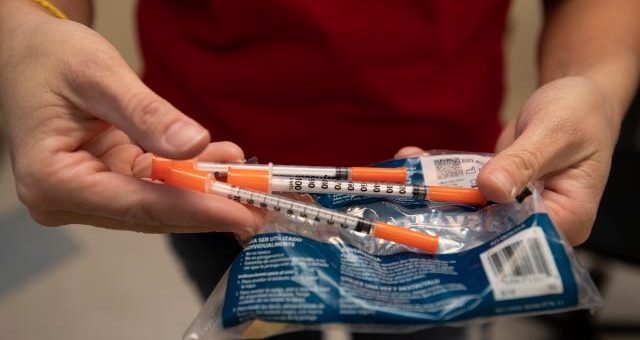 SCOTTSBURG – In the midst of an intensifying overdose crisis, Scott County
Commissioners will hold a public hearing on Wednesday to discuss whether to close the local Syringe Service Program (SSP). They will vote on the issue at a later date.

The Scott County SSP was originally established in response to the unprecedented 2015 HIV outbreak. It has successfully operated since then as a national model, reducing new cases of HIV, Hepatitis C, and endocarditis.

A growing coalition of concerned citizens including people who have been positively impacted by the SSP, local Scott County physician Dr. William Cooke, Indiana State Health Commissioner, Dr. Kristina Box, first responders, pastors, the Get Healthy Scott County Coalition, and others are coming together to ask the commissioners to continue this critical life-affirming public health program.

Health officials say since the 2015 HIV outbreak, the Scott County SSP has successfully helped reduce the number of new cases of HIV, Hepatitis C, and endocarditis in the area. It ensures that people who inject drugs are able to do so safely and without fear of contracting infectious diseases.

The Scott County SSP also offers a safe place to dispose of used syringes. But services go far beyond the distribution and collection of syringes. Additional services include providing access for people who use drugs to life-saving medical services, overdose death prevention by distributing naloxone (the overdose reversal medication), and recovery services.

The Covid-19 pandemic has caused a major increase in overdose deaths nationwide. It is estimated that as many as 90,000 lives will have been lost to overdose in 2020, the highest number ever recorded.

Health officials say if the Scott County SSP is closed, the consequences would be devastating. Without SSPs in Scott County, a recent Brown University study projected a dramatic surge in new HIV cases. The resulting public health crisis would be catastrophic for the community, especially in the midst of a global pandemic. Health officials say this is exactly what played out in West Virginia in the last few months as rates of HIV infection increased dramatically following the 2018 closure of similar SSP programs.

Dr. William Cooke, a graduate of IU School of Medicine, was at the forefront of the 2015 HIV outbreak in Austin Indiana as featured in his new book, Canary in the Coal Mine. Because of his work and advocacy, Dr. Cooke has received national recognition as a resource for communities in crisis. He is a Fellow of both the American Academy of Family Physicians and the American Society of Addiction Medicine.