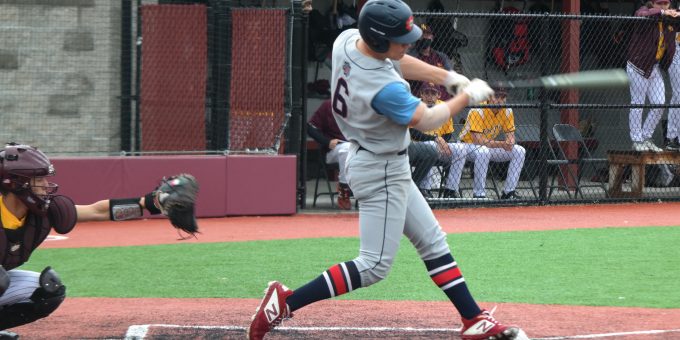 BLOOMINGTON – Going solo in a team sport did not work for Bedford North Lawrence.

The Stars (13-4) slugged three home runs – all with the bases empty – but managed only one other hit as Bloomington North posted a 5-3 victory on a rainy Tuesday evening.

The Cougars rallied from a 3-0 deficit with two runs in the third and three more in the fourth while ending BNL’s five-game winning streak.

BNL treated North starter Caden McCoy rather roughly at first. Colton Brown led off the game with a solo blast to center (on an 0-2 pitch), and Whitt Callahan followed with a bomb to left for a 2-0 advantage.

“We didn’t have many base runners,” BNL coach Jeff Callahan said. “He limited his walks and his pitches., We didn’t tack on any runs and make it difficult.”

North battled back with two runs in the third (on Aaron Steinfeldt’s RBI double and Dominic Polverini’s run-scoring single. In the fourth, the Cougars took the lead with two outs. With the bases loaded, Robert Jackson was hit by a pitch to force a 3-3 deadlock, and Steinfeldt reached on an infield error by Kaedyn Bennett as two more runs scampered across.

After the rugged start, McCoy settled down. He allowed only one other hit, a sixth-inning single by Evan Waggoner. McCoy, a freshman left-hander, worked 6 2/3 innings and struck out six but needed relief help after issuing two walks (Braydon Brown and Ryker Hughes) in the seventh. Tyler Jones ended the threat by striking out Konley Woodward to earn the save.

“We did not play well enough in all phases to win,” Callahan said. “We made some mistakes in the field and on the mound, and I made some as a coach. We’ll have to learn from it, take the loss and build on it.”