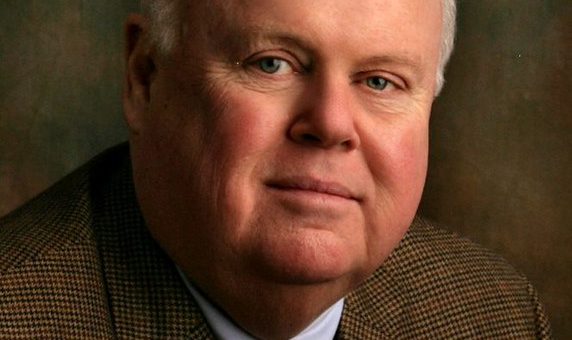 “Jim Morris has lived an extraordinary life with a constant focus on serving mankind at home and abroad. While his efforts began in Indianapolis by transforming our state’s capital city profile to advance sports, citizenship and public service, his deep devotion to servant leadership later called him around the world,” Gov. Holcomb said. “At every station throughout life, Jim has remained a model of loyalty to family, faith, vocation and friends. His philanthropy and heart for improving the human experience, especially the lives of disadvantaged children in our state and on different continents has in turn inspired a countless army of those who seek to create positive generational change. For this reason alone and so many others, I look forward to honoring Mr. Morris as the best among us with Indiana’s highest recognition.”

The Sachem is given annually to recognize a lifetime of excellence and moral virtue that has brought credit and honor to Indiana. Previous recipients include Holocaust survivor Eva Mozes Kor (2017), Rev. Theodore M. Hesburgh, president emeritus of the University of Notre Dame and world statesman (2006), and long-time businessman and civic leader P.E. MacAllister (2014). Morris is the fifth Sachem honoree named by Gov. Holcomb.

Morris, 78, is vice chairman of Pacers Sports & Entertainment, which owns the Indiana Pacers and Indiana Fever. He is also an Indiana University Board of Trustees member and the U.S. permanent representative to the UNICEF executive board.

Morris has made an impact on Indiana and the world for much of his professional life. Most notably, Morris served as executive director of the United Nations World Food Programme from 2002-2007 in Rome, Italy. As the world’s largest humanitarian agency, the World Food Programme works to fight hunger and enhance nutrition for the poor. During his leadership, Morris visited with numerous heads of state throughout more than 80 countries and addressed numerous international meetings to discuss ways of reducing hunger and continuing his tireless campaign on behalf of the hungry poor, especially children.

During his time at the World Food Programme, Morris served as the UN Security General’s Special Envoy for Southern Africa, leading an effort to bring UN and humanitarian agencies together to address issues, including food insecurity and HIV/AIDS in Lesotho, Swaziland, Namibia, Zambia, Zimbabwe, Malawi, and Mozambique. The effort affected more than 15 million people, especially women and children and was the impetus for significant reform at the UN.

Closer to home, Morris has worked tirelessly to make Indiana better through his leadership in the corporate, nonprofit and government sectors. For nearly 10 years, Morris has served in various leadership roles at Pacers Sports & Entertainment, which annually brings two million people to Indianapolis and hosts more than 500 events. In addition, he previously was president of Lilly Endowment Inc., one of the world’s largest private philanthropic foundations, chairman and CEO of IWC Resources Corporation and Indianapolis Water Company, and chief of staff for former Indianapolis Mayor Richard G. Lugar.

Morris has made a difference in the lives of others by serving in volunteer leadership roles at several Indiana institutions and organizations, including United Way of Central Indiana, Indiana Sports Corporation, Indiana State and Indianapolis Chambers of Commerce, Indiana Youth Institute, Gleaners Food Bank, and Indianapolis Urban League, among many others. Similarly, he has been involved on the national level with several nonprofit organizations, including American Red Cross, YWCA, Boy Scouts of America and Fellowship of Christian Athletes, to name a few.

A native of Terre Haute, Morris is married to Jacqueline and has three children and eight grandchildren.

In 1970, Gov. Edgar D. Whitcomb introduced the Sachems, a group of business, industry, publishing, banking and legal leaders, who served as state hosts, welcoming visitors to Indiana and promoting the state’s culture and economy. The organization’s name came from the Algonquin term applied to village leaders, implying wisdom, judgment and grace.

Following Whitcomb’s term, the Sachem project was not pursued, and the organization dissolved in 1989. Whitcomb visited Gov. Daniels in 2005 to acquaint him with the concept. Gov. Daniels recreated the Sachem to underscore the importance of moral example; achievement alone without exemplary virtue does not qualify a person for this recognition.

Sixteen Sachem awards have been bestowed since the honor was revived in 2005:

Each Sachem honoree receives a specially designed sculpture. All Sachem recipients are selected by Indiana’s governor.