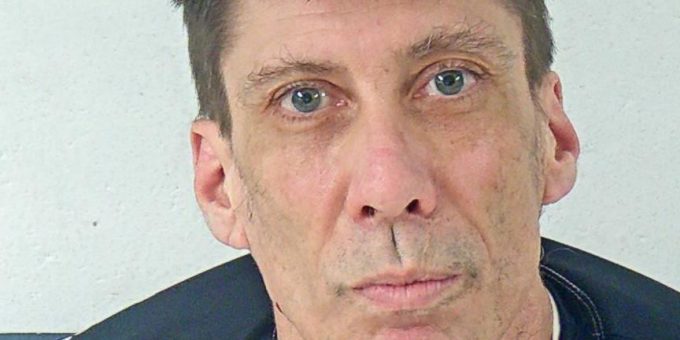 BEDFORD – A Bedford man was arrested on a warrant Tuesday on a charge of possession of meth.

According to a probable cause affidavit, on March 5th at 6:20 p.m. Bedford Police officers were called to a house fire in the 110 block of Inman Court.

When officers arrived they found smoke rising out of the roof of the home. An officer noticed a green hose running from the outside of the home into the front door and smoke pouring out of the house.

Officers found 58-year-old Stanley T. Glenn, standing in the kitchen attempting to put out the fire. Glenn was ordered to exit the home for his safety. However, he was reluctant to leave and had to be pulled from the home.

Once outside the officer noticed Glenn had suffered burns to his face, chest, stomach and arms that were red and peeling.

Glenn told police how the fire started and continued to attempt to go back inside the house.

The Bedford Fire Department arrived on scene shortly thereafter and extinguished the fire, while other firefighters treated Glenn until an ambulance arrived on the scene. While treating Glenn, he again attempted to enter the house.

Because of Stanley’s erratic actions, an officer asked Glenn if he was impaired and Glenn said no.

The officer then asked permission to search his person.

In Glenn’s pocket police found a package of cigarettes and inside that pack the officer found a plastic baggie with crystal meth in it.

Glenn was transported by ambulance to IU Health Hospital for treatment of his burns.

The information was forwarded to the Lawrence County Prosecutor’s Office and a warrant was issued for Glenn’s arrest.