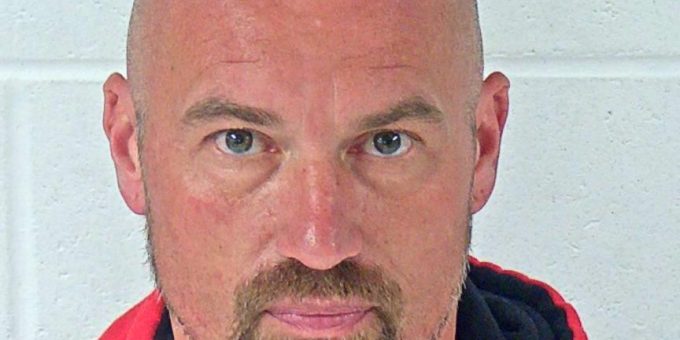 BEDFORD – A Heltonville man was arrested Saturday on charges of possession of meth, possession of a controlled substance, and a warrant for theft and criminal trespassing. He was also issued a citation for distracted driving.

According to a probable cause affidavit,  at 8:32 p.m. a Bedford Police officer was on patrol when he noticed a driver of a maroon Tahoe unable to maintain its lane.

The driver was talking on a cell phone.

The officer stopped the driver, 45-year-old Phillip Tolliver at near 16th and S streets.

Tolliver was wanted on a warrant and was detained.

During a vehicle inventory, police located a container with a plastic baggie inside that contained crystal meth and prescription suboxone which Tolliver did not have a prescription for.

The warrant stems from an incident on December 18 2020, when officers were called to Walmart involving a theft.

Police say Tolliver failed to scan and pay for hardware, automotive and grocery merchandise prior to leaving the store.

Police say Tolliver failed to scan $258.64 before taxes worth of merchandise.

Tolliver was captured on store video stealing the items.

The information was forwarded to the Lawrence County Prosecutor’s office and a warrant was issued for his arrest.