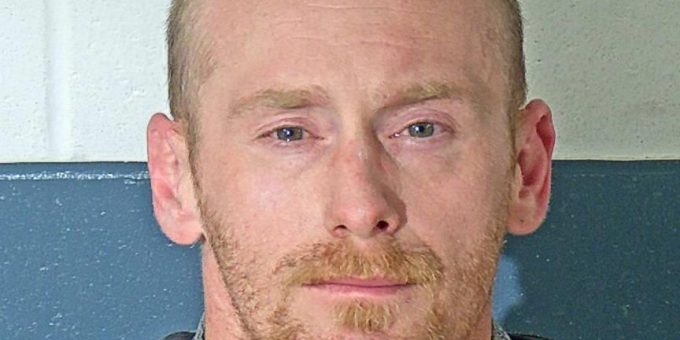 BEDFORD – A Bedford man was arrested on drug charges on Wednesday after a Bedford Police officer stopped a vehicle leaving Circle K at 16th and H streets.

The officers stopped the vehicle after the driver crossed the parking lot, exited it, and did not have headlights or tail lights illuminated.

The driver turned east on 16th Street and the officers noticed the driver could not maintain a constant speed.

The officers stopped the vehicle at White Points.

While speaking to the female driver, the officer noticed a plastic wrapper that contained white residue next to the passenger 40-year-old Christopher Cox, of Williams.

The officers asked Cox about the wrapper and he told the officer he picked it up in the gas station parking lot.

The residue on the wrapper tested positive for meth.

When getting out of the vehicle to be arrested, Cox had a drink cup in his hand. Officers inspected the cup.

During a search of the vehicle police found a small lockbox resembling a Bible in a backpack on the passenger floorboard.

The driver told police none of the items were hers. Cox told officers that all of the illegal items located in the vehicle belonged to him. He told officers he placed the items in the drinking cup as they were getting pulled over.