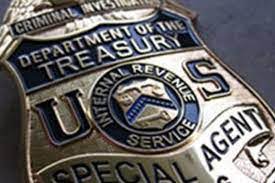 In general, estimated tax payments are made quarterly to the IRS by people whose income isn’t subject to income tax withholding, including self-employment income, interest, dividends, alimony, or rental income.

For people facing hardships, including those affected by COVID-19, who cannot pay in full, the IRS has several options available on IRS.gov/payments.

“As the tax filing deadline quickly approaches, I am urging citizens to file timely and accurate tax returns.  Taxpayers are encouraged to visit the IRS.gov website for tips on filing a tax return accurately and searching for a reputable return preparer,” says Tamera Cantu, Acting Special Agent in Charge of the IRS Criminal Investigation Division, who oversees the state of Indiana. “For those that choose to skirt the tax laws, know that IRS Criminal Investigation, together with the Department of Justice, will investigate and prosecute those who willfully violate our tax system.”

As the tax filing season winds down in the next few weeks, IRS Criminal Investigation encourages taxpayers to think before filing a false or fraudulent tax return and to be wary of any schemes that falsify income or deductions. The following criminal convictions and sentencings have occurred in the Southern District of Indiana over the last seven months.

In March 2021, Azambir Khaira was sentenced to 1 year of location monitoring and 60 months of probation after pleading guilty to charges of attempted tax evasion. Khaira was also ordered to pay restitution of $194,148 to the IRS. Khaira owns several gas stations in the Terre Haute, Indiana area and failed to pay employment taxes for his business and from 2016-2018, by either not paying or failing to file Forms 941 and not paying employment taxes.