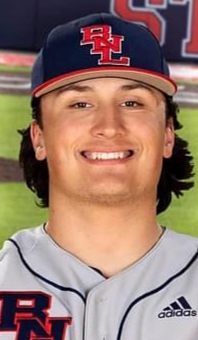 SEYMOUR – Bedford North Lawrence exploded for 12 runs in the fifth inning to slam Seymour 19-4 during a mercy-rule, five-inning road victory on Monday.

Ryker Hughes hammered a pinch-hit grand slam during the late eruption as the Stars (7-2 with back-to-back wins) scored 11 times after recording two outs in that final frame.

Grant Dalton cracked a two-run double and Braydon Brown added a two-run single. After loading the bases, the Stars scored on a hit batter and a walk before the Hughes launch, a no-doubt blast off the scoreboard, to left.

“It just kind of snowballed,” BNL coach Jeff Callahan said. “We just continued to hit the ball hard. It’s always good to beat a Hoosier Hills Conference team, because you might see them again (in the sectional or league tournament).”

BNL, which struggled defensively in the opening inning, trailed 3-1 before taking control with a four-run second. Aden Pemberton had the big hit with a bases-loaded double to chase everyone home.

“We came out not very focused, made some errors,” Callahan said. “We talked about that. You can’t give teams extra bases and extra outs, that will make it tough. We were fortunate to bouce back.”

Callahan was 3-for-3 with 3 RBIs and Pemberton had two hits to get his 4 RBIs.

Karr earned the win on the mound, scattering six hits and allowing only one earned run.

“After we kicked it around early, Cole really settled down,” Callahan said. “It was a good win. We did what we wanted to accomplish.”

BNL will visit North Daviess on Thursday at 5:30 p.m.