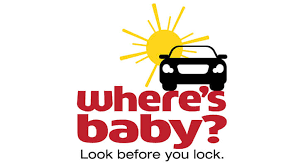 UNDATED – On Wednesday, the FCC granted waivers to allow equipment manufacturers and automakers to install radar-based technology that can detect and alert to the presence of a child in a vehicle, in some instances movement as subtle as a baby breathing.

“Over 990 children have died in hot cars since 1990,” states Janette Fennell, President of KidsAndCars.org. “The inexpensive technology granted waivers today by the FCC is the detection feature necessary to address both children unknowingly left alone in vehicles as well as those who get into vehicles on their own. Our vehicles are already filled with so many reminders, yet this addition may be the latest, best life-saving feature for our precious young children,” she continued.

Cathy Chase, President of Advocates for Highway and Auto Safety, said, “Advocates for Highway and Auto Safety commends Federal Communications Commission (FCC) Acting Chairwoman Jessica Rosenworcel and the FCC’s Office of Engineering and Technology for granting waiver requests from equipment manufacturers and automakers to use proven technology to stop preventable and perilous ‘hot car’ deaths caused by children unknowingly left in or independently entering otherwise unoccupied cars. Public education and voluntary industry agreements have not and will not overcome this serious risk. The critical next step is for Congress to require vehicles to be equipped with these detection and alert systems so that drivers and caregivers are reminded of the presence of a child in the back seat. This technology will save the lives of some of our most vulnerable passengers.”

These organizations are also working to advance legislation at the federal level. During the last Congressional session, The Hot Cars Act (H.R. 3593) and the Moving Forward Act (H.R. 2), which was passed by the U.S. House of Representatives on July 1, 2020, directed the U.S. Department of Transportation to develop a minimum performance standard for systems that can detect the presence of an occupant and respond with alerts and would require this technology as standard equipment in all new cars.

The ability to detect a child has been shown to be especially important during the pandemic, as the percentage of hot car deaths resulting from children getting into vehicles and becoming trapped inside rose from an average of 26 percent to 36 percent in 2020.

Miles Harrison, a father who after his own experience of losing his son has been working tirelessly to help prevent these unthinkable hot car deaths, said, “Changes in routine, stress, sleep deprivation, and other factors can predispose one’s brain to go on ‘autopilot’ and a parent or caregiver can lose awareness of a child in the back seat of a car. I am so very thankful that the FCC has granted waivers to allow the use of available and affordable technology to help end these predictable and preventable tragedies.