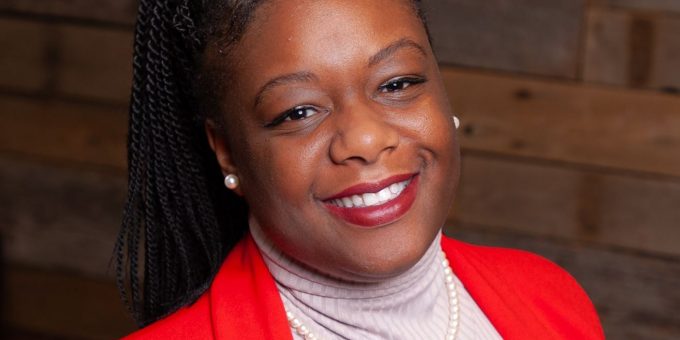 BLOOMINGTON – A diversity education consulting company located in Bloomington, believes that forgiveness and grace are key to healing racial tensions, according to a news release.

The Guarden started in 2018 as a podcast and grew into a consulting firm offering diversity education workshops, cultural sensitivity training, and cultural remediation.

“The end goal is that everyone who has an experience in The Guarden grows through their education around race, class, gender, and identity,” founder and CEO Nichelle Whitney said. “It doesn’t matter where you are on the spectrum, if you’re at the point of resistance, or if you’re at the point of, ‘I’m energized and motivated around this work.’ We help people build toolkits for dealing with DEI stuff.”

Whitney has been involved in diversity, equity, and inclusion (DEI) issues across a broad range of organizations. As senior assistant director for admissions at Indiana University (IU) and state chair of the Inclusion, Access, and Success Committee for the Indiana Association for College Admission Counseling, she works to ensure that college admissions practices increase campus diversity. As chair of the Monroe County Women’s Commission, she helps to lead an annual coding camp for girls and its Brown Girls Who Code program. Whitney also serves as staff champion for the Black Women & Tech Alliance through IU’s Center of Excellence for Women in Technology.

“I always try to support marginalized groups in many different industries,” Whitney commented, “one of them being tech, because that’s where Black and Brown women are so under-represented.”

Participants explore the role of culture, implicit bias, and internalized messages on individual and team behaviors. The workshop concludes with a self-assessment on imposter syndrome.

“Seeing Mrs. Indiana talk about her experience—everyone sees you as perfect, your body’s perfect, your hair’s perfect—for her to sit upright and say, ‘I struggle a lot with imposter syndrome, and here’s my score,’ that was phenomenal,” Whitney said.

Diversity education has an immediate impact on many participants, Whitney said. Others may not fully understand the message until they have a personal experience, such as a family member coming out as LGBTQ or marrying someone of another race or culture. The goal for effective DEI training is to create openness to ongoing learning and further conversation, even – or especially – when the parties involved don’t agree or like each other.

Learn more about The Guarden.