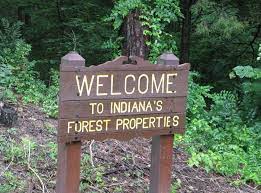 CLOVERDALE – Indiana Conservation Officers are investigating a fire that occurred Monday afternoon on Owen-Putnam State Forest and was completely contained by early evening.

At approximately 2 p.m., a Putnam County resident called 911 and reported a large amount of smoke behind his residence near the intersection of County Road 1050 South and State Road 243.

The Cloverdale Township Fire Department and conservation officers in the area responded and located the fire, which was more than 100 yards in length and spreading. By early evening crews from multiple counties worked together to completely contain the fire.

The fire is estimated to have consumed 10 to 15 acres.