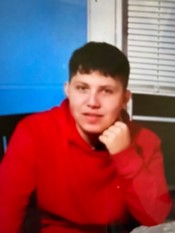 INDIANAPOLIS – Indiana Conservation Officers have joined the search for a teenager who went missing after a water emergency in the White River on Tuesday evening in Indianapolis.

Searchers believe that Kevin Rodriguez, 17, went missing near the area of the 16th Street dam.

Carlos Rameriz, 45, and Rodriguez were at the river working on a canoe when they were swept over the dam, causing the canoe to capsize. Life jackets were not being worn at the time.

Witnesses helped Rameriz to shore. Rodriguez was last seen by witnesses floating down the river. Responders with the Indianapolis Fire Department and Indianapolis Metropolitan Police Department searched for Rodriquez until calling off the search last night because of darkness.

Efforts to find Rodriguez resumed this morning. Conservation officers and IFD searched upstream and downstream of the area he was last spotted. Shore-based searches on foot, water-based searches by boat, and drone searches by air were used.

Search operations have been suspended for the evening and will resume this morning.

Anyone who may have observed Rodriguez exiting the water or in the area should contact DNR Law Enforcement Central Dispatch at 812-837-9536.