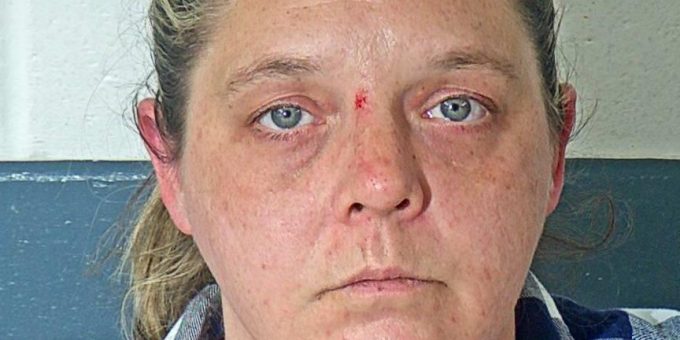 BEDFORD – A Bedford woman was arrested after a Bedford Police officer was called the 1810 block of Central Avenue after a report of two people breaking into a vehicle.

The caller said the two left in a gray SUV.

While en route to the location, officers received another call reporting a gray vehicle in the area of Circle Drive and individuals were walking around the caller’s vehicle.

Officers stopped the vehicle at the intersection and made contact with the driver 37-year-old Brittany York.

Police say York was intoxicated and had her son in the vehicle. York told police she was looking for her dog.

Police found several items laying on the ground next to the van, York was driving.

Police took two reports from residents that stated York had broken into their vehicles and stolen items. The stolen items were found in York’s van. One of the residents caught the theft on their home security video footage.

Police also found several items in the van that had been stolen from Walmart.

All of the stolen items were returned to the rightful owners.