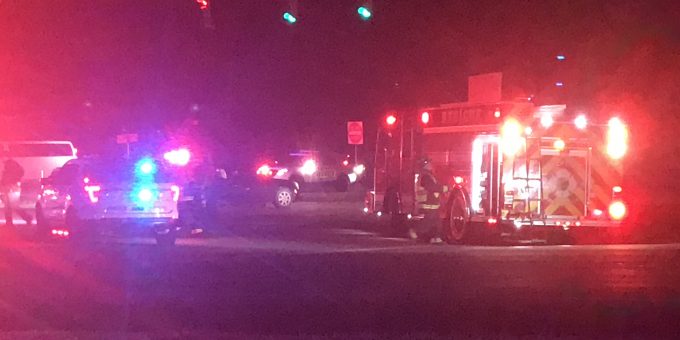 According to a Bedford Police report, 21-year-old Serena Dent, of West Baden, was stopped at the stoplight near the intersection. At the same time, 35-year-old Delbert Bridges Jr. who was driving a 1994 Ford Ranger was approaching the intersection and struck Dent’s 2007 Cadillac in the rear.

Dent and witnesses at the scene said Bridges did not have the vehicle’s headlights on.

Bridges told police he was traveling north on State Road 37 and was attempting to turn east on 29th Street, however, he was unsure of what happened during the accident.

Dent complained of head pain and suffered an abrasion to her left arm.

Both were transported by ambulance to IU Health Hospital for treatment.

Both vehicles were towed from the scene.

During an inventory of the Bridges’ vehicle officers found a marijuana blunt. Bridges consented to a blood draw at the hospital and those results are pending. He also admitted to smoking marijuana two hours prior to the accident.

Bridges was issued a summons to appear in court on a charge of possession of marijuana and possession of drug paraphernalia and operating a vehicle while intoxicated on a controlled substance.