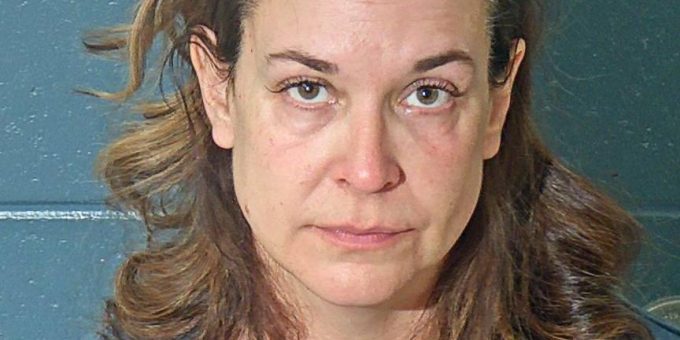 BEDFORD – A Bedford woman was arrested Saturday by Indiana University Health Police after a nurse reported a patient’s family member being problematic and refusing to leave the hospital.

Officers were requested to the emergency department at 9:39 a.m.

When officers arrived they found 47-year-old Marcey Phillips sitting in a chair in the emergency room waiting area. She had accompanied her 20-year-old daughter to the hospital for treatment of a non-life threatening medical issue.

Due to COVID-19 protocols and policies, Phillips was asked to leave the hospital because her daughter was over the age of 18. Phillips refused to leave and remained in the waiting room.

Twice, officers requested Phillips to step outside. Phillips refused and escalated the situation by again refusing to leave the hospital.

Officers warned Phillips she would be arrested if she did not leave the hospital after they asked her to leave on several occasions.

The officer informed Phillips she was under arrest. She refused to cooperate with the police, refusing to stand or place her hands behind her back. Phillips resisted the officer when he pulled her from her seat, kicking the officer in the chest and neck and attempting to push him away with her feet. The arresting officer had to escort her to the floor. A second officer responded, Phillips was detained.

Phillips complained of pain to her left shoulder and knees. She was medically evaluated and cleared.

During treatment Phillips apologized to  nurses,  “I don’t know what got into me. I acted out of character, this isn’t like me. I don’t normally act like this. I didn’t want to leave because I was afraid that my daughter would have a panic attack.”

She also apologized to the officers, “I’m sorry for kicking you, I’m sorry for acting like I did. I don’t know what I was thinking, I just want this day to be  over with. Please don’t think this is normally how I act, I acted out of character.”

The officer informed Phillips she didn’t need to apologize, but she wouldn’t have been arrested if she had just left when asked to leave.

Phillips was arrested on charges of battery, criminal trespass, resisting arrest, refusal to aid an officer, and disorderly conduct.