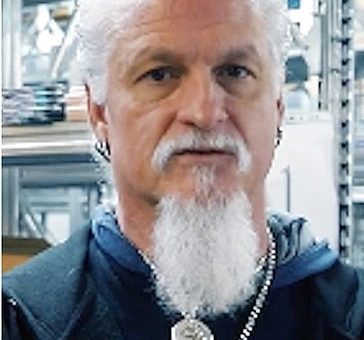 WASHINGTON DC – A federal judge ruled Friday, Jon Schaffer, of Columbus, who participated in the U.S. Capitol riots on January 6th, will remain in federal detention.

Schaffer is facing six charges including engaging in an act of physical violence. They say he allegedly used bear spray against Capitol Police.

U.S. attorneys argued Schaffer brought “a dangerous weapon inside restricted grounds” and contemplated violence before engaging in the insurrection when showing a video interview in court, of Schaffer from a November rally for former President Donald Trump.

“They’re making their big move and it’s not going to work,” Schaffer said in the video. “If someone wants to bring violence, we’re ready for that.”

Schaffer also stated in the video, “there will be a lot of bloodshed.”

His attorney, Marc Victor, pointed out another part of the video where Schaffer said he wasn’t looking for violence but would respond if provoked.

Schaffer is also a member of the band Iced Earth. Bandmate Luke Appleton posted on Facebook that the band does not condone or support the riots or acts of violence.

Schaffer claims he was only on the scene for a few minutes. But Federal officials he was one of the first to breach the building.

His attorney told the court a photo released by the U.S. Department of Justice has been shared several times on social media showing Schaffer wearing an Oath Keepers baseball cap is misleading. Schaffer said he is not a member of the Oath Keepers and claims he was attempting to protect an elderly man and not inciting violence.

Oath Keepers is an American far-right anti-government militia organization composed of current and former military, police, and first responders who pledge to fulfill the oath that all military and police take in order to “defend the Constitution against all enemies, foreign and domestic”. It encourages its members to not obey orders which they believe would violate the United States Constitution. The organization claims a membership of 35,000 as of 2016, though the Anti-Defamation League (ADL) has estimated its membership at several thousand

But U.S. attorneys told the judge they have evidence suggesting Victor is a lifelong member of the organization.

Both his attorney and Schaffer say he used bad judgment that day by bringing bear spray with him that day but said it was only for his protection.

Schaffer can appeal Magistrate Judge Zia Faruqui’s decision. He will appear in a status hearing next month.