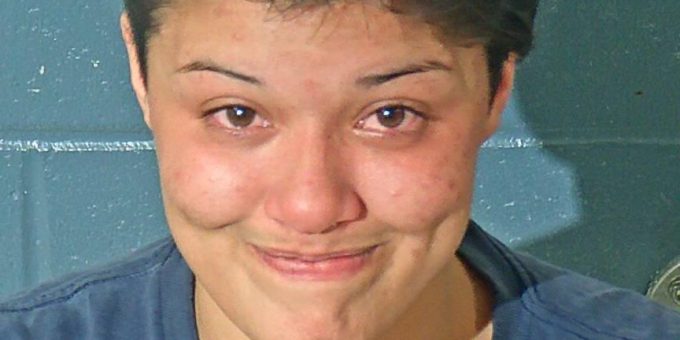 BEDFORD – A Florida woman was arrested Saturday after a Bedford Police officer was called to the parking lot of Fantastic Sams hair salon after a report of occupants of a vehicle possibly using illegal drugs.

When police arrived they located a blue Monte Carlo parked in a parking spot in front of the business. A female, identified as 24-year-old Alyssa Marie Martin, was exiting the vehicle. Police say she showed several signs of being intoxicated.

Police asked a second occupant to then exit the vehicle.

K9 Maximus alerted officers to possible drugs in the vehicle.

Officers located a glass smoking pipe in the glovebox which tested positive for meth.

On top of a fountain drink located in the middle cup holder, a liquid-like substance  was found on the lid. That substance tested positive for methamphetamine and fentanyl.

Martin was arrested and transported to jail on charges of possession of meth and a narcotic drug.