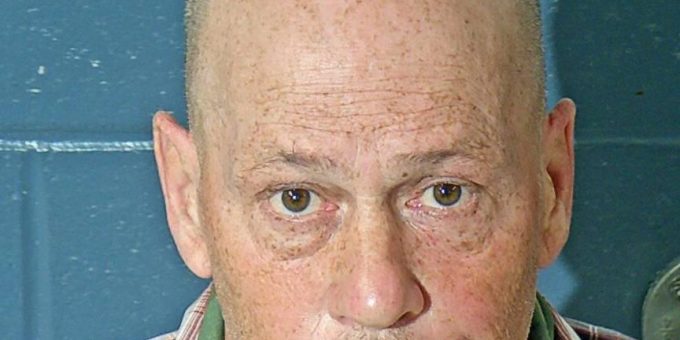 BEDFORD – A Salem man was arrested Saturday, after a disturbance at IU Health Hospital.

At 11:45 a.m. hospital police were requested to the registration area  at the main entrance of the hospital due to a disruptive adult male.

Hospital employees told police, 58-year-old Henry Howard. was yelling at her and accused her of violating his HIPPAA rights.  The employee asked Howard multiple times to calm down because he was being disruptive and distracting patients and other IU Health team members. She then told Howard she was going to call the police if he didn’t calm down.

When IU Health police arrived they found Howard standing in the midway.

While the officer spoke to Howard he continued to be loud and he was told twice he needed to leave the property or he would be arrested.

The officer followed Howard to his vehicle to make sure he left the property.

Howard went to the vehicle and instead of leaving, went to the passenger door and spoke to his wife. The officer then stopped Howard and attempted to detain him.

Howard then went to the driver’s door and grabbed the outer door handle in an attempt to get in his vehicle and flee from the officer.

The officer grabbed Howard in an attempt to pull him away from the vehicle. He had to forcefully remove Howard’s hand from the door handle. Howard was then taken to the ground and handcuffed.

Once medically cleared he was arrested on charges of criminal trespass, resisting arrest, refusal to aid an officer, and disorderly conduct.