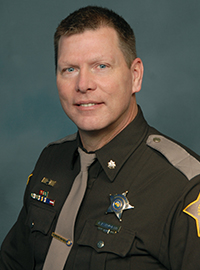 VANDERBURG CO. – On Tuesday, March 9, 2021, Major Jason Ashworth announced his candidacy for Sheriff of Vanderburgh County in the upcoming 2022 election.

Major Ashworth worked his way up from Corrections Officer to his current position of Major and Commander of Operations and brings to the race 28 years of law enforcement experience.

Major Ashworth has worked with every law enforcement agency in the area throughout his career at the Vanderburgh County Sheriff’s Office, including at the local, state, and federal levels.

An alumnus of the University of Southern Indiana, Major Ashworth has been married to his wife, Kendyl, an EVSC teacher, for 27 years, and has two children.