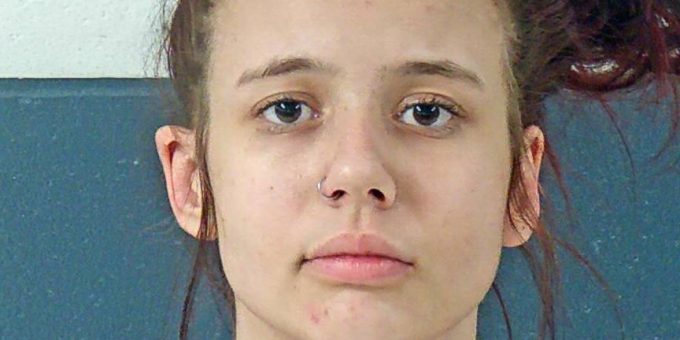 BEDFORD – A Bedford woman was arrested Wednesday after a Bedford Police officer was requested to Walmart after a report of a theft.

When officers arrived they spoke to 20-year-old Jaiden Curren who had been stopped by store security.

Officers retrieved those stolen items from the vehicle.

While speaking to her, Curren began pulling additional stolen items out of her duffle bag. Other contents discovered in the bag included; a black container with two baggies inside and a glass smoking device. One baggie contained crystal meth and the other contained orange pills, identified as Amphetamine and Dextroamphetamine.

All of the stolen items were returned to Walmart. Police say Curren stole more than $773 in items.