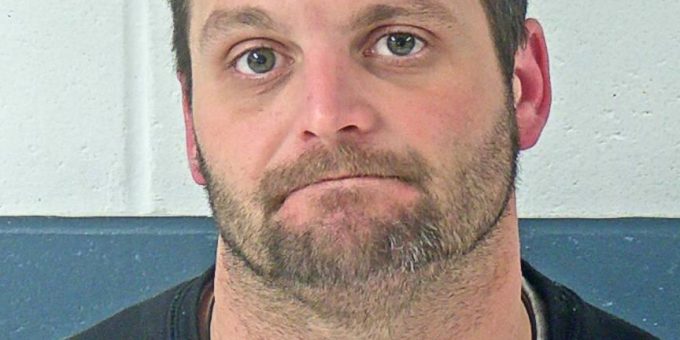 (OOLITIC) – A Bedford man was arrested on Valentine’s Day after an Indiana State Police trooper stopped a suspended driver after he left Casey’s in Oolitic.

The trooper was aware that 36-year-old Seth Medley did not have a valid driver’s license, but witnessed him pulling from the gas station in a Dodge pickup truck.

The trooper stopped the vehicle at Tresler Street, just East of Oolitic Road.

The trooper informed Medley he was stopped for driving while on a suspended license.

Lawrence County K-9 Fleck arrived on the scene and alerted officers to drugs in the vehicle.

During a search of the vehicle officers found a set of digital scales, a glass smoking device, a cut straw and approximately 2 grams of crystal meth.

While at the jail, the trooper found another glass smoking device in Medley’s boot.