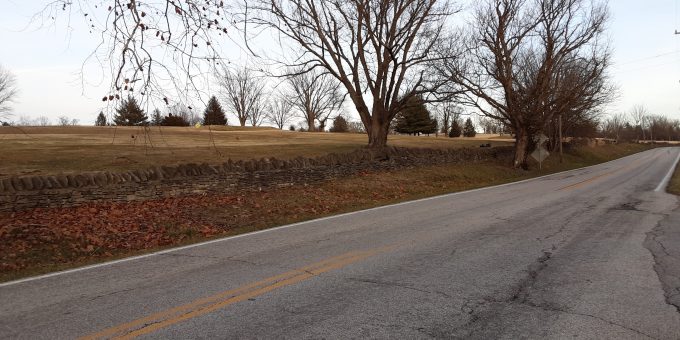 ( BEDFORD) – The Bedford Parks Department met Tuesday afternoon and was given an update on several maintenance projects that are underway through the parks system.

Bedford Parks director Jimmy Jones stated that work on the stone wall along Tunnelton Road is underway. The crews are repairing 40 feet sections in trying to restore the WPA era wall that is starting to show its age.

Also, work continues on the Thornton Park Playground, with 4 new pieces of equipment being added to the playground. Last week, the border for the playground area was constructed. Installation of the new equipment is now underway.

The Bedford Parks Department will possibly be voting on a contractor for the Red Brick Renovation next month. The process has been slow, due to the historic nature of the building and making sure it is preserved. New damage was found during the process which will incur the need for new appraisals.

The bids for the project had a total of 499 items in the bid packet. In order to make sure the bid process was not rushed the city decided to wait another month before they vote on a contractor for the project.

The upgrade of the irrigation system continues at Otis Park which will allow the Bedford Parks Department to monitor for any leaks as well as control the watering system from their cell phones and control point.