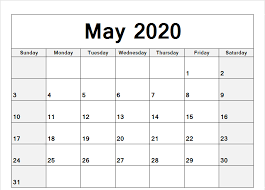 (UNDATED) – In May 2020, yard signs were placed on the courthouse lawn to recognize the Bedford North Lawrence High School graduating Class of 2020, a Bloomington man was arrested for stabbing his girlfriend to death, and a former Paoli police sergeant pleaded guilty to conversion.

Signs Placed on Courthouse Lawn To Recognize Class Of 2020

355 yard signs furnished by Mikel’s Signs were placed on the courthouse lawn to recognize the Bedford North Lawrence High School graduating Class of 2020.

Due to the unprecedented year dealing with the COVID-19 pandemic, things have not been normal for the 2020 graduating class.

The signs were paid for by Super Clean Car Wash, United Way of South Central Indiana, and other private donors.

The signs were given to the graduating seniors after they were removed from the courthouse lawn.

A Bloomington man was arrested in May 2020 after he allegedly stabbed to death his girlfriend Heather Nanny-Cole at an apartment complex on Bloomington’s south side.

On May 16, 2020 at approximately 2:15 p.m., officers were called to Bryant’s apartment in the 700 block of East Alpine Trail by a friend of the victim’s son, saying she had found the missing woman’s vehicle parked nearby.

Officers made contact with Bryant who eventually allowed officers inside to determine if the missing woman was there. As officers entered Bryant’s apartment, they discovered the woman’s body covered with blankets in his living room floor.

Heather Nanny-Cole had suffered multiple stab wounds on her back. She had been dead for several days.

No date has been set for his jury trial.

On May 26, 2020, Special Prosecutor Dustin Houchin charged Phillips with one count of Conversion, a Class A misdemeanor. Phillips subsequently pleaded guilty to the charge in the Orange County Superior Court.