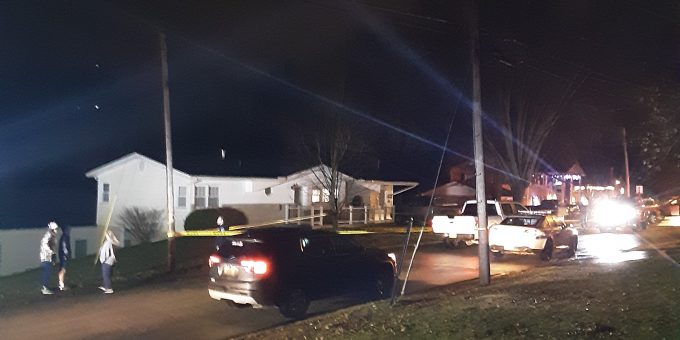 (OOLITIC) – The Oolitic Community is mourning the loss of 10-year-old Camden Moore who died Wednesday night when he was struck by a vehicle while riding his bicycle on Vista Drive.

“He had such a huge impact on me and I loved being his father, nurturing him along his path, and watching him grow into a humorous little imp. The pictures are just a few of the snippets of his life,” said Camden’s father Chris Moore on Facebook.

Camden’s neighborhood and school family is reaching out to show support to his family and those grieving his death.

“Our neighbors lost the sweetest little boy due to a tragic accident,” said Erin Edwards who is a neighbor. “Camden and his dad, Chris, frequently walked together around the neighborhood. We will fondly remember Camden’s cheeky smile and wave.”

“While no words or gesture could ever remove the pain and grief Camden’s family is experiencing right now, we wanted to show support as a neighborhood to his family and remind them that we are all here for them during this most difficult time,” added Edwards.

“My son Evan is the same age as Camden and they grew up together. Evan has taken online classes this year so Evan has not got to see Camden as much. But this is just heartbreaking. Camden and his dad was seen very often walking in the neighborhood together and they were very close,” said Edwards.

To honor Camden’s memory a large group of Rolling Acres Addition residents will be placing luminaries along the front of their homes on Saturday, December 26th, beginning at 5:30 p.m.

Any other Oolitic residents who wish to participate in the tribute can stop by the Oolitic Kiwanis Club Booth on Hoosier Avenue from 1:00 p.m. until 3:00 p.m. Saturday to pick up a luminary for their yard. There is no charge for these items.

The North Lawrence Community School Corporation is mourning the loss of one of their students.

In a statement released by the Oolitic K-8 Campus principal John Hudson, school counselors will be available to provide grief counseling for students, teachers, and staff when they return to school.

Parents are encouraged to reach out to school officials if they feel their child needs extra support.

“Today, we grieve the loss of Camden Moore, a student at Oolitic School. Our hearts go out to his family and friends,” said Principal Hudson.