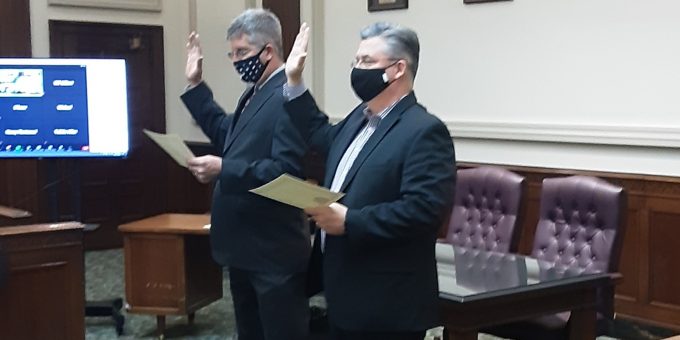 (BEDFORD) – On Monday morning newly elected county officials and school board members took their oath of office at the Lawrence County Circuit Courtroom.

Judge William Sleva started off with the swearing-in of his replacement, Judge Bob Cline. Then, Lawrence County Circuit Court Judge Nathan Nikirk had the honor of swearing in the remaining public officials.

Family members took time to take a few photos of the historical moment for those who have chose to serve their community.

“I am just so thrilled to be back as a county office holder,” said Julie Blackwell Chase after she was sworn in today.

The public was able to view the ceremony from a zoom link, as social distancing and other protocols were put in place due to COVID-19.

The office holders will begin their duties on January 1, 2021.