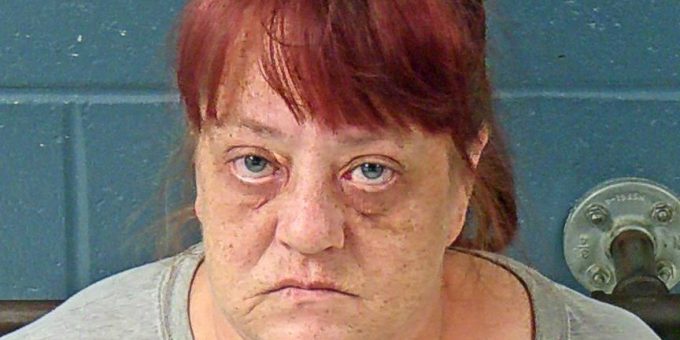 (BEDFORD) – A Bedford woman was arrested Monday on a warrant charging her with theft, battery, and drug charges.

According to a probable cause affidavit, on November 16, 2020, a woman came to the Bedford Police Department to report a package had been stolen. The woman said she works for Paparazzi Jewelry and the package was to be delivered to her former address on Ted Jones Drive.

FedEx confirmed the package had been delivered and signed for. The woman went to the confirmed delivered address where a female answered the door. The female occupant of the home became belligerent and demanded the woman to leave the residence.

Police went to the apartment and 31-year-old Daniel Simmons answered the door using profanity towards the officers.

Police told Simmons they were there to retrieve the package. Lentz then approached the police officers in a charged and belligerent manner. After repeated requests by the officer for Lentz to back away from their faces, she continued to invade the police officer’s personal space. At this time, the officer placed Lentz under arrest for disorderly conduct.

Simmons continued to impede with the officers arrest of Lentz by pushing him and grabbing the officer’s arm.

Other officers then arrived at the scene to assist.

At that time a small dog ran out of the apartment. Officer put the dog back inside the apartment and found the FedEx Box in plain view with the victim’s name on it. Officer also found a black lock box that contained marijuana and drug paraphernalia.

Lentz was taken to a local hospital to be treated after being tased and was kept overnight.

The information was then forwarded to the Lawrence County Prosecutor’s Officer and a warrant was issued for her arrest.