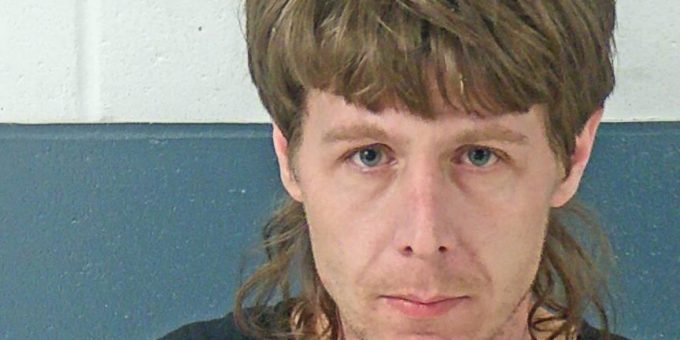 When police arrived they located 36-year-old Cheyenne Starr. When he saw police he ran from a field on the east side of the roadway to the edge of the road to the police vehicle.

Police say Starr took a “shooting” type stance with his arms extended in front of him toward the police vehicle.

The officer said it appeared Starr had a firearm. The officer pulled out his shotgun and got behind his vehicle.

The officer then ordered Starr to lay on the ground with his arms extended to his side.

Police say Starr’s movements were quick, exaggerated, and uncontrolled, as if he was intoxicated or on drugs.

“Starr was somewhat compliant, but still made quick exaggerated movements toward his waistline and under his body,” the officer wrote in his report.

Another officer held Starr at gunpoint while the other officer and his police dog approached Starr. He was arrested.

Police found no gun but did find Starr possessed set of keys that contained a large metal eagle emblem on it. This was the silver object that Starr was pointing at officers as if it was a gun.

While at the jail Starr continued to make exaggerated movements and make incoherent statements regarding his identity.