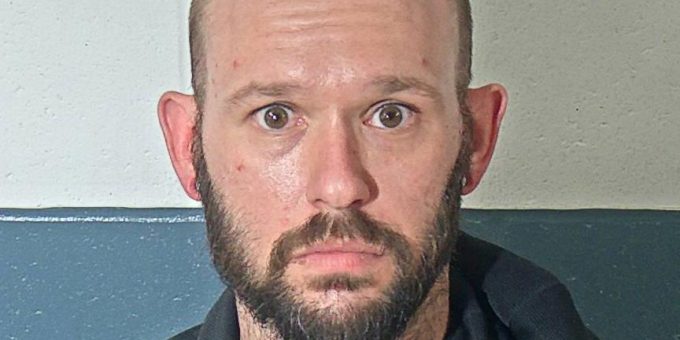 According to a probable cause affidavit, a woman contacted the Sheriff’s Department to report the theft of her purse from PRD Manufacturing on Washboard Road.

The woman reported her purse contained multiple phone chargers, earbuds, $600 cash, a prescription of Wellbutrin and her car keys.

The company said they would provide police with security footage from the business.

Later that day, the woman called police saying she recovered her purse. She told police everything was in the purse but the $600.

The woman told police Christopher Dearner returned her purse stating he wanted to think like a criminal and checked the ceiling tiles in the men’s bathroom at PRD and found the purse.

While police were investigating that incident, another woman reported her purse was stolen from the property.

When police arrived at the business they approached Dearner and asked to search his bag and his two vehicles parked on the lot.

In a black Ford Sedan, police found the second purse that had been reported stolen. The woman identified the stolen purse but said $45 and her Visa card was missing.

Police found the stolen visa card in Dearner’s wallet. He was arrested.

He told police he didn’t know how the stolen purse got into his vehicle. He then admitted he stole the purse.

Officers also found a used syringe in the center console of the vehicle.