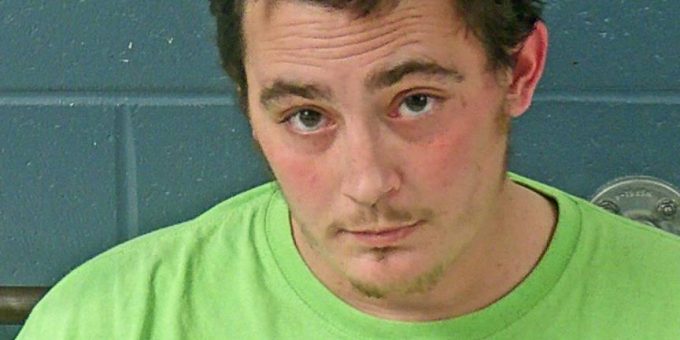 According to a probable cause affidavit, the officer says the driver of a black Ford Mustang was speeding and stopped the vehicle near Old State Road 37 and Old Needmore School Road.

The driver of the vehicle was 30-year-old Matthew Miller, of Bedford.

Officer asked if there was anything illegal in the vehicle. Miller gave officers permission to search the vehicle. A K-9 alerted to possible drugs in the passenger side door.

Officers found two yellow pills, Clonazepam 0.5 mg., in a clear plastic wrapper inside a cigarette pack in the center console. Officers also found a ziplock baggy with 28 capsules of Cephalexin 500 mg. Both drugs require a prescription which Miller did not have.

“My sister gave those to me because I wasn’t feeling good and she said they would help,” Miller told police.

“Those are just mood rocks that I got from my sister’s boyfriend’s brother. He gave me them, you put them in hot water and then drink it,” he told police.