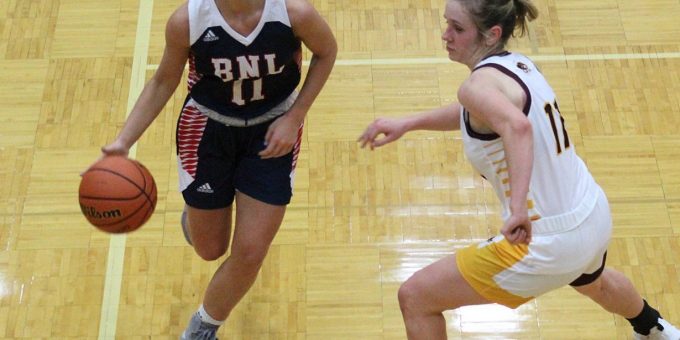 BEDFORD – Research indicates Bedford North Lawrence matched the state record for 3-pointers in a game when the Stars connected for 18 against Jeffersonville on Tuesday night.

According the Hickory Husker website, the recognized record keeper for state basketball records, the old mark was 16, set by Providence against Clarksville during the 2016-17 season.

However, according to Eastern Pekin coach Michael McBride, the Musketeers hit 17 against New Washington that same season. Charlestown, verified by athletic director Chad Gilbert, set the latest record with 18 against Clarksville during the 2018-19 campaign.

BNL’s Karsyn Norman and Chloe McKnight made both 5 from long range, Chloe Spreen made 4, Irye Gomez added 2, while Jenna Louden and Makena Moore made one apiece to help the Stars reach the 18 mark against the Red Devils.