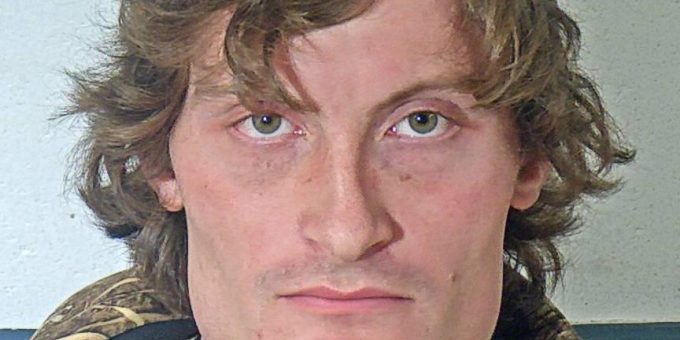 (MITCHELL) – A Paoli man was arrested on a warrant after Mitchell Police officers were called to a home at 3:56 p.m. on March 29, 2020 on a report of a battery resulting in injuries.

Police say the female victim had left the home in the 450 block of Dale Street and was in Orleans. She said she would meet an officer at the Mitchell Police Department.

The woman arrived and was visibly frightened, shaking, and crying.

Police say she had a cut in the middle of her forehead and bruising to her face and shoulder.

The woman told police that 26-year-old Matthew Arnold, of Paoli, had slammed her head into the dresser four times during an argument that happened at her home in Mitchell. She said Arnold stole $375 from out of the middle console of her vehicle. He then threw a barstool at her car when she was leaving, damaging the vehicle.

Her small child was present during the incident.

She told police her home was still in disorder from the domestic dispute.

Police went to the home and found broken glass from a vase and the dresser was damaged from where the woman’s head was slammed into it.

The woman later told police she would seek a protective order.

The information was sent to the Lawrence County Prosecutor’s Office and a warrant was issued for Arnold’s arrest.

He is facing charges of domestic battery, battery resulting in injury, and criminal mischief.