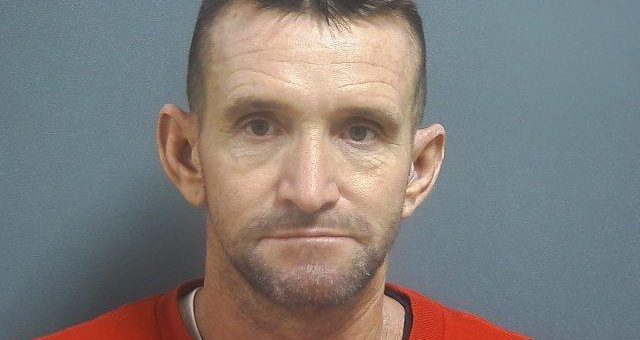 (CINCINNATI) – The former Center Township Trustee Stephen C. Durham is accused of using township funds on race car driving and personal use according to a probable cause affidavit from the Greene County Prosecutor’s office.

According to investigators, Durham allegedly falsified documents to use Center Township funds for unauthorized use.

An audit began in August 2018 by Lynne Spencer, a Special Investigator with the Indiana State Board of Accounts. She met with Indiana State Police Detective Tony C. Guinn to start an investigation into improper disbursements and purchases of Center Township funds that were criminal in nature.

On November 2, 2018, investigators met with Center Township Fire Department Chief Jeremy Inman at the Indiana State Police Post after Spencer had identified suspicious purchases and disbursements and there was no supporting documentation.

Inman identified some as legitimate purchases and disbursements related to the fire department. Inman could not identify many of the purchases for the Greene County, Center Township Fire Department.

Those purchases that were not legitimate included items purchased by Mr. Durham that were related to racing.

Multiple purchases and payments were made to businesses and individuals that either had no supporting documentation or were for items and services that are not normally made by a township trustee. All of these purchases were paid for by checks signed by Stephen C. Durham.

Inman told investigators he could not think of any legitimate reason why the township would need the items purchased by Durham, especially items related to racing.

During the investigation, it was discovered Durham has his own racing team and racing a car. According to investigators, Durham has multiple pictures that have racing cars and racing facilities in them.

Some of the items and businesses where items were purchase using township funds include:

Donnie Murphy is a known associate of Durham. Murphy is involved in the racing industry. During the execution of a search warrant at Murphy’s home, investigators found snowplow mounting brackets and wiring used to attach and operate the snowplow attached to a 2005 Chevrolet 2500 HD truck located on his property.

Durham has not met with investigators since the execution of a search warrant on August 13, 2020.

Investigators also determined that Center Township Funds in the amount of $850 were used to purchase items that did not come to or have any benefit to Greene County Center Township.

According to investigators, Durham used Greene County Center Township funds in 2017 to make a total of $28,194.85 in purchases of racing equipment and other items that did not have any benefit to the township.

In 2018, Durham used a total of $29,512.17 in purchases of racing equipment that did not have any benefit to Center Township.

An audit conducted by the Indiana State Board of Accounts dated November 6, 2020 identified that some financial statements contain funds with deficits in cash. This was the result of expenditures being more than revenues received and cash balances available.

Other Issues by the township identified:

Records indicate the following expenditures in excess of budget appropriations:

According to Indiana Code officers of the township shall appropriate funds in such a manner that the expenditures for a year due not exceed in budget for that year.

The township trustee did not record an individual surety bond in the Greene County Recorders Office for 2016 and 2018. Under Indiana Code, every elected or appointed officer, official, deputy, employee, or contractor shall file a bond with the fiscal officer in the political subdivision.

Did Not Provide Training:

The township board did not provide training on required internal control standards to personnel during the audit period.

1340 AM WBIW reached out to current Center Township Trustee Gary Jackson but he was not able to make any comments at this time due to the ongoing investigation.