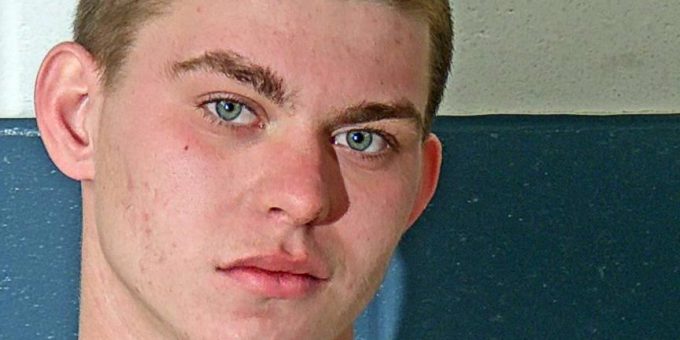 (MITCHELL) – A Heltonville teen was arrested on Thursday after he allegedly stole a vehicle.

According to a probable cause affidavit, on Thursday, a Mitchell police officer was called about a stolen vehicle traveling down 3rd Street towards Oak Street.

The officer spotted the vehicle at the intersection of 5th and Oak streets with two males inside. The two males got out of the truck and entered the rooming house at 504 West Oak Street.

The officer spoke to a female who was on the porch and she told police which apartment the men went into.

The officer knocked on the apartment door and was met by the two males; a 17-year-old and McKinney.

McKinny told police that he was not talking and he had done nothing wrong. Both McKinny and the teen were detained.

Officers searched the vehicle and found a bag that contained marijuana.

The vehicle was returned to the owner.

Mckinney was transported to jail. The teen told police that he was walking around town when McKinney picked him up in the white pickup. The teen then asked McKinney if he could drive. The teen started driving and they went to the rooming house to get a drink. That is when the officer arrived at the door.

Juvenile probation was contacted and the teen was released to his mother.