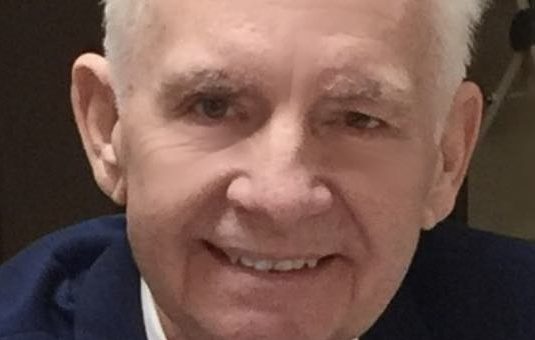 Born October 28, 1944, in Lawrenc County, Indiana, he was the middle child of Charles  Spaulding and  Dorsie (Perry) Spaulding. He was a graduate of Needmore High School Class of 1962, and he attended  Oakland City College. He married Martie (Medlock) Spaulding in 1987, and she survives. Jan worked at  General Motors as a tool and die maker and pastored Hilltop Pentecostal Church before starting Jan  Spaulding Quality Builders. He built many luxury homes in Lawrence County but his favorite job was  building the Kingdom of God.

On May 25, 1997, the Lord woke up Jan with a dream, showing him that he would pastor a church in  Bedford. But He didn’t say when; He just said it would come to pass.  Jan and Martie moved to Fort Worth, Texas, and became very involved with Kenneth Copeland  Ministries and Eagle Mountain International Church. Those seven years were a time of preparation, and  before God brought them back to Bedford to begin Stonegate Faith Center, the Copelands ordained  them.

Jan preached his first message as the pastor of Stonegate Faith Center on Easter Sunday 2004. He ministered at many churches in Ecuador and had a passion for the nations. Jan’s testimony of faith – following God’s leading and walking in his calling – landed him on the TV program, “The Believer’s Voice  of Victory” as well as on the cover of the BVOV Magazine. His greatest joy was sharing the Word of God,  leading people to Jesus, and spending time with his family.

He was preceded in death by his father and mother and one son Darren Spaulding.

Due to COVID-19, there will not be any funeral services at this time; however, the family will host a  celebration of life at a later date.

In lieu  of flowers, memorial contributions can be made in Jan’s memory to Stonegate Faith Center, PO Box 906, Bedford IN  47421 or on stonegatefaithcenter.org online.

Friends may express condolences at www.daycarter.com.