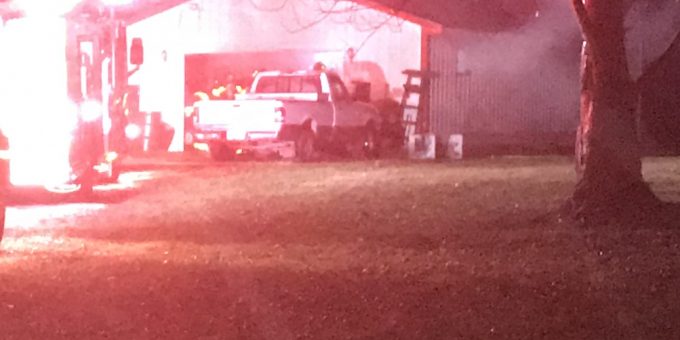 (MITCHELL) – A garage suffered minor damage to its interior and exterior following an possible electrical fire according to fire officials from the Marion Township Volunteer Fire Department.

Marion Twp., Mitchell, and Huron Volunteer Fire Departments were dispatched to the 800 block of Woodville Road Saturday at 8:57 p.m.

On their arrival Marion Twp. firefighters found a small air conditioning unit in a window that had flames coming out around it.

“Fire crews deployed attack lines and made entry to the garage. They were able to secure the electricity to the garage due to a possible electric short from a outlet or the air conditioner itself,” said Marion Fire Chief Paul Gillespie.

The Marion Township Volunteer Fire Department was able to bring the blaze quickly under control and other departments were disregarded on the way to the fire.

There were no injuries reported and a Seals Ambulance crew assisted at the scene.