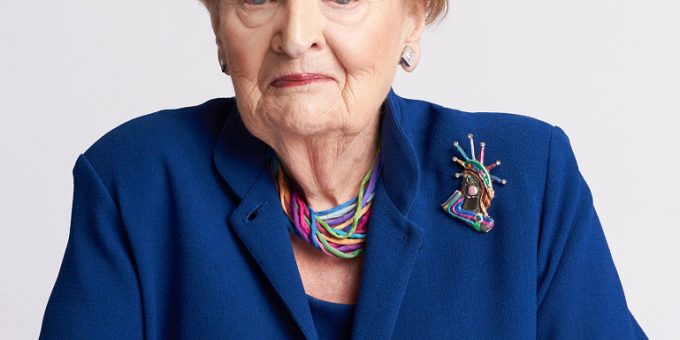 (BLOOMINGTON) – The Indiana University Hamilton Lugar School of Global and International Studies’ sixth conference on America’s Role in the World will pay tribute to former U.S. Rep. Lee H. Hamilton, one of the school’s namesakes and an exemplar of placing principle over politics for more than 50 years.

“Presidential transitions lay the foundation for the next four to eight years of governance, and we are in the midst of one of the most consequential transitions in our nation’s history,” said former Ambassador Lee Feinstein, founding dean of the Hamilton Lugar School. “Our sixth conference investigates the challenges and opportunities faced by the next presidential administration, while underscoring the enduring importance of principled, pragmatic and bipartisan global leadership.”

The conference opens at 11 a.m. Dec. 1 with Hamilton speaking to former Deputy National Security Advisor Ben Rhodes, author of the New York Times bestseller “The World As It Is” and co-host of “Pod Save the World.” The wide-ranging interview will touch on the congressman’s career and legacy, as well as the importance of political unity and public support and understanding to a successful and sustainable foreign policy. Hamilton founded the Center on Congress (now IU Center on Representative Government) at IU in 1999 and served as its director until 2015. He currently serves as a Distinguished Scholar in the Hamilton Lugar School and as a professor of practice in the O’Neill School of Public and Environmental Affairs.

The day will also include a conversation with Feinstein and Nu on the future of human rights and equality in Myanmar, as well as a panel on the global democratic recession, co-sponsored by the National Endowment for Democracy. The session includes Stanford scholar Larry Diamond, whose recent article in Democratization suggests that a 14-year democratic recession is now a global anti-democratic wave.

The conference resumes at 9:15 a.m. Dec. 2 with a panel assessing the significance of the 9/11 Commission, on which Hamilton served as vice chair, followed by a keynote with Albright and Hadley. Moderated by Woodruff, the bipartisan dialogue will focus on the major foreign policy issues facing the next administration, including China’s rise and the future of U.S. policy toward the Middle East and Russia, among others. Both Albright and Hadley are members of the United States Institute of Peace’s Task Force on Extremism in Fragile States, which Hamilton co-chairs.

The entire conference will be livestreamed and archived on broadcast.iu.edu; it will also be available on Facebook Live and other social media platforms. The conference is free, and registration to attend sessions is now open on the event website.