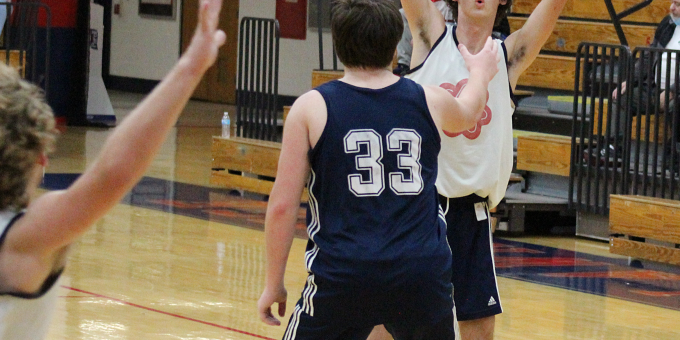 BEDFORD – The word of the year 2020 is “exposure.” It’s become a fearful term, causing fortnight shutdowns, anxiety and stress.

Bedford North Lawrence will get exposed on Thursday night, but not that way. This will be another definition: an uncovering, the revelation of an identity or fact, especially one that was concealed.

The Stars will shift to Stage 2 of the preseason plan when they host Rock Creek for the IHSAA controlled scrimmage. After the public debut in the intrasquad workout on Monday, this will be another step in the preparation for the season opener against Bloomington North on Nov. 24.

The intrasquad practice session did give a glimpse of BNL’s progress as the Stars search for new leadership and identity, but this work is designed for a more revealing look. Instead of scrimmaging against friends and teammates who know the plays and the tendencies, this is an outside foe.

“It’ll be interesting to see what happens,” BNL coach Jeff Hein said. “I want to continue to see progression. At least we’re seeing a different opponent. We were cheating on plays (on Monday night). So now we’ll be able to see some stuff against somebody who doesn’t know what we’re doing.

“We should look a little crisper when we’re playing another opponent. That’s what we’re looking for.”

Rock Creek isn’t just an outside force, it’s a completely new one. BNL has never faced the Class A program from Sellersburg. The Lions went 6-17 last season, but they return three starters and eight of their top 10 players from a year ago.

Veteran coach Chris Brown (336-270 in 25 years) wanted to upgrade the schedule, including this scrimmage, to prepare for a possible tournament drive in March.

“We want to challenge ourselves,” Brown said. “We’ve toughened our schedule (including future road clashes with 4A foes Jennings County and Jeffersonville) and we want to make a good tournament run. You get battle tested.”

Rock Creek, when healthy and at full strength, will feature guards Ladarius Wallace and Lettwan Darden, plus senior Michael Sulzer. The most intriguing person on their roster is 6-11 sophomore Marial Diper, who has played only two years of competitive basketball.

BNL will counter with its experience (four starters return from last season), and Hein plans to extend the rotations past the projected lineup of Kooper Staley (13 points in the scrimmage on Monday), Colten Leach (11 points), Ben Cosner, Jackson Miracle and Aden Pemberton.

“We have some depth,” Hein said. “We can go to the bench a little easier than we did last year.”

The Stars will focus on offensive execution. That was an issue during the intrasquad session.

Action against Rock Creek will begin at 6 p.m.