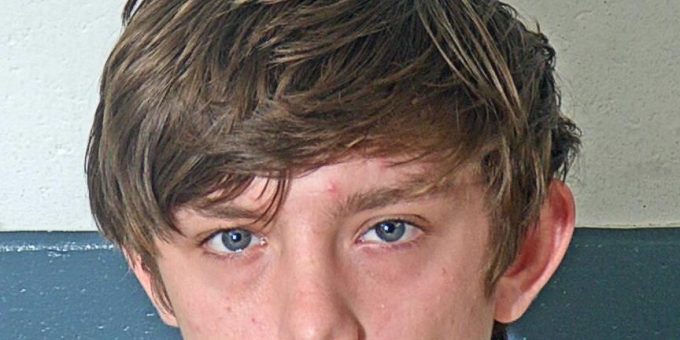 (BEDFORD) – A Bedford man was arrested Thursday on a warrant charging him with domestic battery in the presence of a minor and criminal mischief.

According to a probable cause affidavit, on October 21, at approximately 11:41 a.m. officers were requested to respond to 406 22nd Street after a report of a physical domestic fight.

When officers arrived they spoke to two females.

The one said her son Ethan Davis had been physical during a verbal argument with his girlfriend.

The two had been arguing while Davis was holding their daughter.

The mother said Davis stood up and shoved his girlfriend and then left the room.

Shortly after leaving the room, Davis returned and attempted to kick the front door in and then broke a window at the front of the home.

The girlfriend told police that Davis had been acting different recently and was very angry. The girlfriend would not tell officers initially what happened, but did say the two have had several physical altercations. She refused to file charges because he has threatened to kill himself whenever anyone would attempt to call the police.

She finally told police the fight started after she told Davis she wanted to take their daughter from him because she didn’t feel comfortable with him taking care of her anymore. This made Davis even more angry which started the physical altercation.

The mother then requested officers file charges because Davis broke her window.

Officers sent the information to the Lawrence County Prosecutor’s Office and a warrant was issued for his arrest.