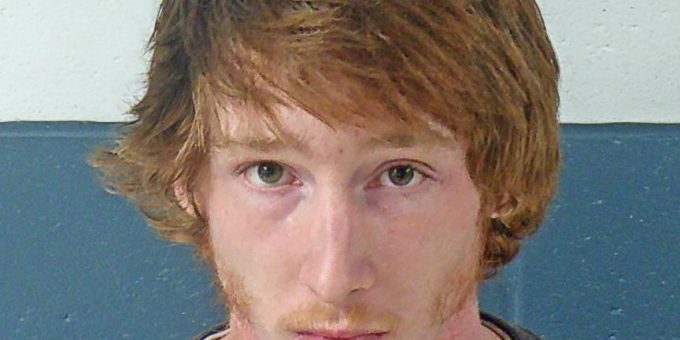 According to a probable cause affidavit, on Friday, October 23rd at approximately 6:10 p.m. A Lawrence County Drug Task Force was conducting surveillance on Hurt. The drug task force had received multiple complaints of Tanner soliciting methamphetamine possibly laced with Fentanyl.

An undercover officer spotted Hurt walking in the 500 and 600 block of Main Street asking people walking by him questions. The officer was then approached by a concerned citizen at 6th Street and Main Street who said Hurt had approached her and her family while they were walking and asked her if she wanted any smoke.

Hurt then approached the undercover officer’s vehicle at the intersection of 6th Street and Main Street. The officer rolled his window down and Hurt asked what he needed. The officer asked what he had and Hurt pulled out a clear zip lock baggie from the front of his pants with a green design on it that contained a pill capsule with meth inside. Hurt told the officer he also had smoke.

The officer then identified himself and Hurt began quickly walking away and was stopped in the 500 block of Main Street. The officer said Hurt was under the influence of a controlled substance.

Officers found the green baggie with the pill and two other clear zip lock bags that also contained meth.

Hurt was arrested and transported to the Lawrence County Jail.