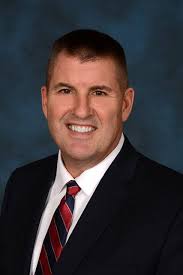 (BEDFORD) – During the North Lawrence Community School board Dr. Ty Mungle provided the board members an update on the 2 years of progress the corporation has made in addressing the issues plaguing the corporation.

Mungle states the deficit spending by the school corporation has been addressed by reducing operating expenditures through consolidation, reduction in insurance costs, utilities, transportation maintenance, custodial, and administrative cuts.

The corporation now has been able to right size the staff through attrition without having to RIF teachers, or layoff personnel. Classrooms are now more uniform, some classes previously had six students in the classroom, and some had as many as 28.

The school corporation has made many IT improvements over the last two years with Board Docs to communicate with staff and community members. Several upgrades at the administration building have been made to improve keeping track of personnel information, payroll, and other financial information. Older systems have been replaced with more modern technology to provide efficiency in these areas.

All school programs are now available in every school, uniformly. If a student wants to participate in robotics, each of the schools has robotics available to them.

Grants received by the North Lawrence Community Schools over last two years include:

Mungle also stated the corporation has just learned they won another six figure grant but was not prepared to release the details of that grant award at this time.

“A lot of positive news for our school corporation over the last two years,” said Mungle.