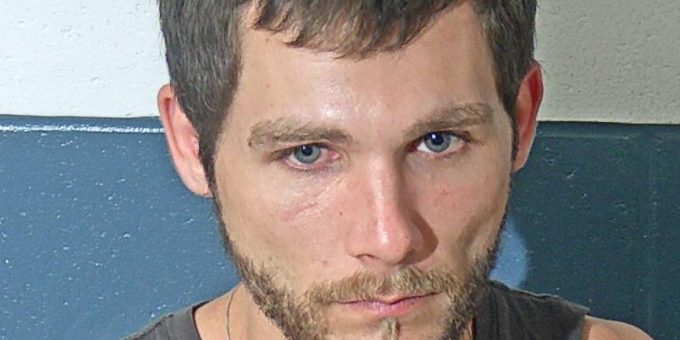 (BEDFORD) – A Bedford man was arrested on drug charges after Bedford Police officers were alerted to a suspicious man standing near the intersection of 16th and R streets early Tuesday morning.

When officers arrived they found 26-year-old Conner Morgan confused and standing near the intersection.

“He would not identify himself,” said Chief Terry Moore. “It was determined for his safety due to signs of intoxication to take him into custody.  While trying to handcuff the male, later identified as Conner Morgan, he began fighting with officers.”

Officers located a syringe on Morgan before transporting him to jail. Once at jail additional drug paraphernalia was found as well as meth.

Morgan was arrested on charges possession of meth, unlawful possession of a syringe, resisting arrest, and trafficking with an inmate.