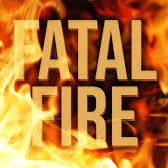 (OWEN CO.) – Two people have died in a residential fire in Owen County.

According to Owen County Sheriff’s Department, the call of a structure fire came in at approximately 2:40 a.m. Friday. Law enforcement officers arrived to the 4800 block of Autumn Hills Drive near Spencer to find the home fully involved in fire.

After the fire was extinguished, it was learned that two elderly occupants of the home were deceased.