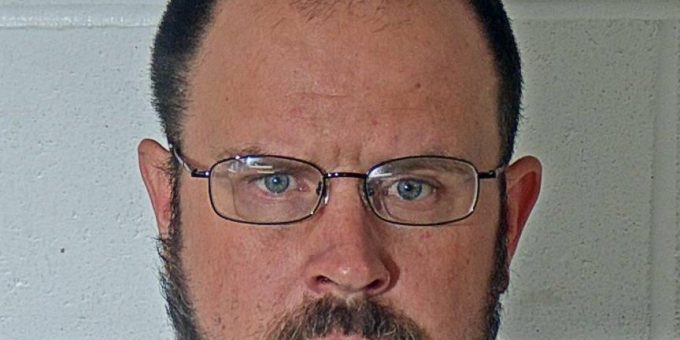 Police arrested 42-year-old David Detrick on a charge of theft.

On the afternoon of March 20th, the manager of Rural King came to the Bedford Police Department to report that Detrick stole a Horbart Mig Welder 210 MPV, ( $799.99 ) by tag swapping the Hobart Welder tag with a welding hose tag.

David went through the check out and wrapped the welding hose around the welder.

The cashier scanned the hose tag instead of the Hobart welder tag. The rug was used to cover to top of the welder’s barcode.

The store manager told police that they had been alerted to Detrick’s actions and he had hit a multiple of stores in Indiana and Ohio.

The store was able to provide officers with Detrick’s address and his vehicle information including his license plate. The store manager also provided police with video footage of the transaction.

Police then talked to District Loss Prevention Supervisor at Rural King in Fort Wayne. She told police Detrick had hit 30 stores across four states including Indiana, Kentucky, Ohio and Pennsylvania and stolen upwards of $57,000 worth of merchandise.

Police located Detrick on Facebook and found he worked for Trinity Rail as a welder/fabricator and looked at numerous photos showing Detrick wearing the same silver cross with a silver ring on the chain in the video footage.

A warrant as then requested for Detrick’s arrest.