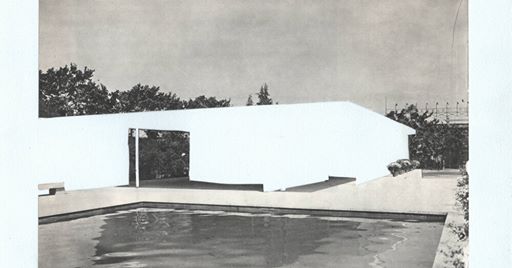 (BLOOMINGTON) – The Bloomington Entertainment and Arts District in collaboration with the Columbus Area Arts Council is hosting the exhibition Paper Pavilions, a group show now through November 21 at the 411 Gallery, at 411 Sixth Street in Columbus, Indiana.

Paper Pavilions is an exhibition of public art proposals, scale models and maquettes created in response to key sites of architecture and the natural environments of southern Indiana.

The artwork in Paper Pavilions is visible through the gallery’s windows along Sixth Street, and a virtual version of the exhibition will launch Thursday, October 8 at 5:30 p.m. with a brief online discussion and tour.  Registration for the free discussion may be made here.  In-person visits to the exhibition may be scheduled by contacting CAAC’s Program Specialist, Susana Villegas, at svillegas@artsincolumbus.org.

“Paper Pavilions not only prompts a dialogue of creative exchange between contemporary artists rooted in the Midwest, it takes a deeper look at the materiality of place and how we identify with or rather respond to the natural and built environment,” said Kathyrn Armstrong of the Columbus Area Arts Council.  “Connected by Arts Road 46 and both identified as cultural districts, Columbus and Bloomington are uniquely situated to further investigate their individualities and their similarities.”

The exhibition is supported by the City of Bloomington, Bloomington Entertainment and Arts District, Columbus Area Arts Council, 411 Gallery, Columbus Museum of Art & Design (CMAD) and Arts Road 46, and made possible in part by the Indiana Arts Commission and the National Endowment for the Arts. Learn more about the exhibition and project at paperpavilions.com.

The Columbus Area Arts Council has been a leading arts agency in Bartholomew County since 1972, partnering with state, regional, and local arts and culture organizations to bring the arts to everyone. CAAC is a not-for-profit corporation supported by public and private donations, the City of Columbus, the Indiana Arts Commission and the National Endowment for the Arts. Cummins Inc. is the Arts Council’s investor-level sponsor for 2020.

Arts Road 46 is a cooperative partnership between three of the five state-recognized cultural districts in Indiana– Bloomington, Nashville, and Columbus–and is supported in part by the Indiana Office of Tourism Development.

411 is a community arts gallery and cultural space for exhibitions, events, and collaborations with Columbus’ arts and cultural organizations. Managed by the Columbus Area Arts Council, 411 is made possible by grants from the Efroymson Family Fund, City of Columbus, Columbus Area Visitors Center, Columbus Museum of Art & Design and by donations from the community.

This exhibition is made possible in part by the Indiana Arts Commission, a state agency, and the National Endowment for the Arts, a federal agency.