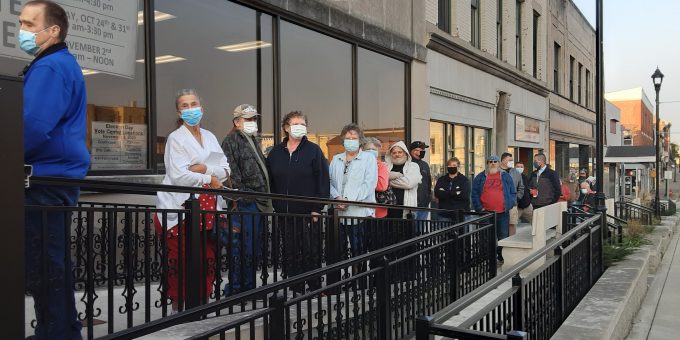 (BEDFORD) – A long line of voters was waiting for the early voting center to open this morning at the Lawrence County Courthouse Plaza.

Approximately 50-60 voters were waiting for the polls to open at 8:30 a.m. as the General Election gets underway.

“We have sent out over 3,200 absentee ballots so far for the election with still some time for voters to request an absentee ballot,” said Lawrence County Clerk Billie Tumey.

“There were no issues this morning with the machines,” said Tumey.

Five machines were ready to go to move voters in and out as quickly as possible. As of 1:00 p.m. a total of 256 people cast their votes.

In local elections, the North Lawrence Community School Board and Lawrence County Commissioner’s race are the largest contested race.