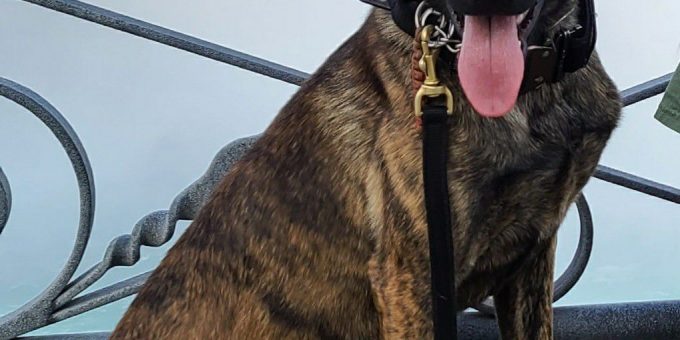 (CROWN POINT) — A northwestern Indiana police officer has been placed on leave after the police dog she oversees escaped from her twice in the past week, leading to extensive searches for the canine.

Lake County Sheriff Oscar Martinez said Wednesday that after reviewing the recent escapes by the dog, named Dax, Officer Angelika Ventrice was put on paid administrative leave. He said the matter remains under investigation and additional disciplinary decisions are underway.

Dax first escaped from Ventrice, the dog’s handler, last Saturday. The canine was found healthy on Monday morning in Crown Point but with a slight abrasion on its paw, Martinez said.

But the police dog escape again Tuesday night through a door that was not well-secured while Ventrice had stepped outside, The (Northwest Indiana) Times reported. Dax was recaptured Wednesday morning near a Crown Point church.

Martinez said the department is reviewing Dax’s status and considering options which include “reassigning him or possibly returning him to the vendor.”