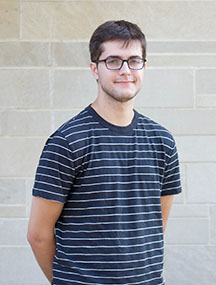 (BLOOMINGTON) – An IU student who was struck by a pickup truck has died from his injuries.

IU Police Department says 27-year-old Daniel Plebanek was struck on Tuesday at 9:33 a.m. by a box truck at the intersection of Third Street and Indiana Avenue.

Plebanek died from his injuries around 8 p.m. on Wednesday at IU Health Methodist Hospital. Daniel was getting his Ph.D. in Developmental Psychology at Indiana University.

Police say the driver of the box truck was traveling west on Third Street and ran a red light and hit a pickup truck traveling north on Indiana Avenue. The pickup truck then spun after impact and struck Plebanek who was standing near Circle K.

Police say no one in the vehicles were injured.

Daniel was getting his Ph.D. in Developmental Psychology at Indiana University.

A GoFundMe account has been set up in Daniel’s memory. This fund will go to support two things: A memorial bench and plaque that will stand outside the psychology building at IU Bloomington, and the Daniel J. Plebanek Memorial Research Fellowship. This is a summer fellowship for graduate students in psychological and brain sciences at Indiana University in Dan’s name. This will be an award given to one graduate student in the department of psychological and brain sciences at Indiana University.