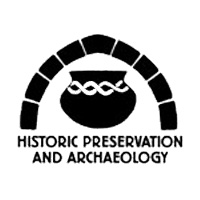 The awards are usually presented at the annual statewide historic preservation conference, which was canceled this year.

The awards to be presented:

Indiana Archaeology Award to archaeologist Ryan Peterson. Cardno’s principal investigator successfully managed a large-scale archaeological excavation project for moving historic Bethel Cemetery in Marion County. The award recognizes his coordination and leadership regarding this huge and detailed project, and for the efforts made to involve, and keep informed, descendants of those buried in the cemetery.

Indiana Cemetery Award to Indianapolis Airport Authority (IAA) in recognition of its respectful relocation of Bethel Cemetery in Marion County. IAA made the move a priority in planning, funding, support, and advocacy to assure that archaeologists could work with family members and the community.

Historic Preservation Award to Decay Devils, Inc. in recognition of its outstanding grassroots efforts to preserve the historic resources of Gary. Decay Devils was informally founded in 2011 and became a certified non-profit organization in 2015. While supporting many northwest Indiana projects, Decay Devils has focused its efforts on Gary Union Station, a 1910 Beaux Arts building that has been vacant since the 1970s. To transform the area, Decay Devils worked with local artists to create murals in open window spaces and hosted clean up/work days to help create a safe park-like area around the building. Decay Devils has also hosted downtown walking/biking tours, art exhibits, and successfully nominated the Union Station to the National Register in 2019.

Outstanding Grant-Assisted Rehabilitation Award to Indiana Medical History Museum for outstanding grant project management and ongoing stewardship of its National Register-listed property, the Old Pathology Building on the former campus of Central State Hospital in Indianapolis. This not-for-profit organization recently completed four consecutive annual rehabilitation projects using matching grant assistance from the federal Historic Preservation Fund of the National Park Service, which is managed in Indiana by the DHPA. These grant-assisted projects have helped secure this unique building and its unique collections against water infiltration, improved weatherization and energy efficiency, and increased security, functionality, and safety for staff and visitors. These four annual grants totaled $163,428 and were matched by the museum with more than $189,000 for a combined investment of more than $352,000 in urgently needed repairs and system upgrades. When it opened in 1896, this building was a state of the art medical research and teaching facility, and remained in use until 1968. The museum now uses the building’s features, furnishings, and collections to interpret the history of medicine and medical research to visitors and medical students.

Outstanding Rehabilitation Tax Credit Project to Point Comfort Underwriters, Inc. for its work on the South Side Turnverein Hall in Indianapolis. The building was constructed in 1900 and designed by Vonnegut & Bohn, one of the city’s most prominent architecture firms at the time. The project involved converting the building into office space for Point Comfort Underwriters and is an excellent example of adapting a historic space to a new use while maintaining the character and features that made it unique. Of particular note is the re-creation of the sculpture group on the west elevation gable, which was originally created by Austrian-born sculptor Rudolf Schwarz (1865-1912), who also worked on the city’s Soldiers and Sailors Monument