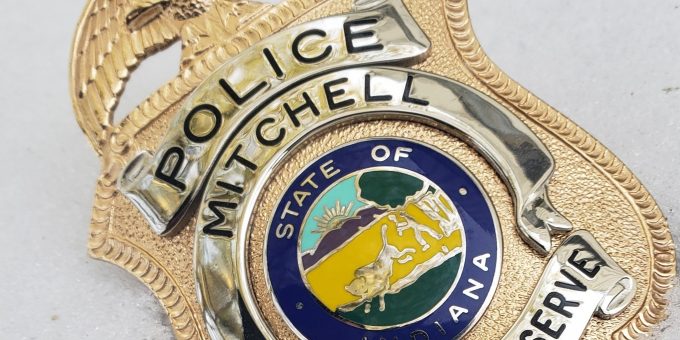 (MITCHELL) – Two people were arrested Thursday after warrants were issued for their arrest from an incident on Friday, September 18th.

On September 18th, at 8:29 p.m. a Mitchell Police officer was called to the 320 block of West Main Street after a report of a possible overdose.

Chastain was in the passenger seat of a vehicle and unresponsive. Dodds was standing next to the open driver door. An emergency medical crew was assisting Chastain who suffered an overdose.

Dobbs told police he didn’t know what happened. Narcan was administered to Chastain and he came to.

Chastain’s mother was also at the scene. She denied multiple times Chastain used drugs and expressed emergency personnel were wrong.

While speaking with Dobbs police noticed a syringe in his pocket

During a search of Dobbs police found in Dodd’s right pocket a plastic baggie that contained two foil ‘bindle’ that field tested positive for heroin and two used syringes and a burnt candle tin used to melt the heroin to prepare for injection.

In his left pocket police found another used syringe.

During a search of the vehicle police found another baggie with meth residue and a syringe in the back seat inside a black box.

Dodds then admitted Chastain had used heroin about 20 minutes before he passed out.

Dodds told police the items belonged to Chastain and he had taken them from the vehicle before police arrived so they would not find them.

Due to pending police calls Dodds was released from the scene. Chastain was transported to a local hospital for a medical evaluation.

The information was forwarded to the Prosecutor’s Office and warrants were issued for the arrest of Dodds and Chastain.